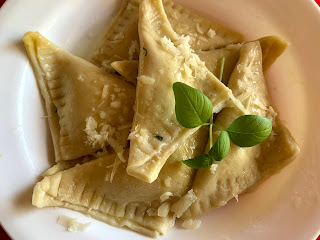 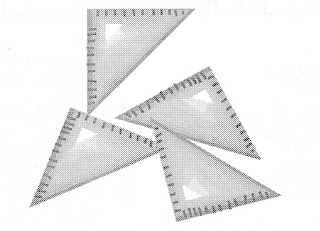 A. The students will demonstrate their knowledge of proper cooking techniques by preparing the kreplach; thereby demonstrating that they know how to:

B. The students will demonstrate their knowledge of Shavuot and the relationship of this dish to the holiday by completing the final Sample Test.

1. Preparation of the dough and filling takes very little time (about 10 minutes, if things go smoothly) so it is possible, if there is an hour available, to complete the recipe from the beginning to the tasting without previous preparation. If an hour is not available, however, it is recommended that a small quantity be prepared ahead of time and frozen so that if time runs short, these kreplach can just be dropped into boiling water for 20 minutes as the students are preparing a quantity of their own.

2. Another method to shorten the time is to prepare the dough ahead of time so that some students can immediately begin rolling and cutting while others prepare the filling.

1. If the food processor bowl is small, there may not be room for the dough to form a ball on top of the steel knife blade. Just process until eggs and flour are well combined and push the dough together with your hands.

2. A pasta machine is not necessary to prepare kreplach, and certainly, bubbie did this without the benefit of one, but if it is available, it produces a thin and silky pasta that bubbie could never match. In addition, it is very appealing to the “gadget people” who always like to learn how to use a new piece of equipment. It is a very easy piece of equipment to operate and is practically self-explanatory.

3. If rolling by hand, roll out as thinly as possible.

4. Keep surfaces which come in contact with kreplach well-floured to prevent them from sticking.

6. The grated cheese can be purchased already grated, or can be grated using the grating disk of the food processor. You can use whatever type of cheese the students would prefer.

7. Toss kreplach in sauce with a wooden spoon or silicon spatula to avoid breaking them apart.

A. The introduction to this lesson teaches that Shavuot has many different levels of meaning attached to its celebration. The richness of our history has enabled us to enjoy many of our holidays with several levels of meaning. Holidays that often had their origins in simple agrarian practices became symbolic of major historical events that affected our lives. Pesach also is a holiday which has taken on many levels of meaning during our long and complicated history. Although the original reasons for the celebration may have become irrelevant to us, we can learn, as others did before us, to imbue the holiday with a symbolism that makes it relevant to our times and situation. Ask the students which parts of the Shavuot celebration might have relevance for their own lives and for ways in which it might become relevant if they don’t find it to be so.

B. The students may be more familiar with kreplach in the form of frozen ravioli. Many of the dishes that are distinctly Jewish also have parallels in other cultures. Wherever we traveled over the millennia, we adapted local recipes to our own distinct dietary laws. What other foods are indigenous to a particular country that we have adapted to conform to our dietary laws?

Shavuot is one of the three major pilgrimage holidays along with Pesach and Sukkot. In ancient times, Jews from all surrounding lands made the pilgrimage to the Holy Temple in Jerusalem to offer the first fruits of the harvest season. For this reason, Shavuot is also known by the names Hag Ha’Bikurim, meaning Festival of the First Fruits, and Hag Ha’Katzir, meaning Festival of the Harvest. In later times, as the Jews of Palestine became a more urban people, the holiday lost its relevance to the lifestyle of the people and by Talmudic times, it had come to be celebrated, also, as the time of the giving of our law, or Zeman Matan Torahtenu. Evidently, the giving of the Torah on Mount Sinai coincided on the calendar with the time of the agrarian holiday and so it became a time of affirmation of Jewish faith, as well as a harvest holiday. Because of this association, it has become a festival during which teenagers celebrate confirmation, a practice begun by the Reform Movement and adopted by Conservative and Some Orthodox congregations.

Shavuot is intimately tied to Pesach in time by the counting of the Omer. In fact, the Talmud refers to Shavuot only as Atzeret, meaning conclusion, as the rabbis felt that Shavuot was truly the conclusion of the Passover season. There are precisely fifty days from the first day of Pesach to the first day of Shavuot. An omer is a measure of barley which was harvested each day and brought to the Temple until there were 49 of them (seven weeks). For this reason, Shavuot in additional to being known as “Weeks,” is also known as Pentecost (a Greek word meaning fifty).

Three-cornered, cheese-filled kreplach are eaten by many Ashkenazic Jews on Shavuot because the number ‘three’ has several connections with the holiday. The Law is three-fold, comprising Torah, Prophets, and Writing. It was given to Moses, the third child born of his parents, on the sixth (two times three equals six) of the third month of the Hebrew calendar. Moses brought it to the Jewish people, who were made up of three groups: Kohan, Levite, and Israelite.

“Cheese varenikes are almost identical to cheese kreplach, the only difference being that the dough is cut into circles, not squares, and folded into half-moons.”9

1. Place 2-1/2 c. flour in food processor bowl. Add the 4 eggs. Process with steel knife just until the mixture forms a ball on top of the steel knife.

2. Wrap dough in plastic wrap and refrigerate for 10 minutes.

3. Without washing bowl, put in a small piece of onion, the parsley, the dill, salt, pepper, and the egg. Process until finely chopped.

4. Add farmer cheese and sour cream to bowl and process for just a few seconds until cheese is just broken up and mixture is uniformly combined. Do not over-process.

To Use Pasta Machine:

5. Divide dough into 4 equal pieces. Shape each one roughly into a sausage-type shape.

6. Flatten one end slightly for feeding into pasta machine and feed through on sheet-feed roller on widest setting—No. 8. Keep table well floured beneath feed area of pasta machine.

7. Decrease setting width to No. 6 and feed through again.

8. Decrease setting width to No. 5 and feed through again.

9. Decrease setting width to No. 4 and feed through again.

10. By now there will be a long, narrow strip of thin dough. Cut a straight line with a ruler and sharp knife along one edge of the strip. Measure several points along strip 3 inches up and lay ruler along these points. Cut another straight line the length of the strip. Remove excess dough from edges and reserve. Using the ruler, cut as many 3-inch squares as possible from the strip of dough.

12. Wet two perpendicular edges of the square with a finger dipped in a small bowl of water.

13. Fold opposing edges over into a triangle and carefully crimp edges closed with a fork.

14. Place with spatula onto an ungreased, floured baking pan to dry somewhat.

15. Repeat from Step 6 with remaining three pieces of dough.

16. Combine remaining scraps of dough and continue the procedure until all dough has been used up.

To Roll by Hand:

5. Divide dough in half and roll out as thinly as possible on a well-floured surface.

6. Measure and cut into 3-inch squares and proceed from Step 11 above.

7. Repeat with second half of dough.

17. At this point, the kreplach can be frozen on the baking sheets and then placed in plastic bags in the freezer for future use. (Do not defrost. Drop frozen kreplach directly into boiling salted water.) Otherwise, they can be boiled immediately and served.

18. To serve immediately, drop into a large (6-8 qt.) pot of rapidly boiling, salted water. Bring water back to a boil on high heat. Once the water begins to boil again, turn heat down somewhat so that the water is kept simmering, but not vigorously boiling. Boil uncovered for 15–20 minutes. Frozen kreplach may take the full time. Taste a piece to test doneness and drain in colander.

19. Melt butter in pot from which the kreplach were drained. Toss kreplach in melted butter gently to coat, sprinkle with grated cheese, and serve hot.

Kreplach can be filled with almost any type of ingredient so long as the filling is fairly thick and finely chopped. Meat kreplach made with leftovers of cooked meats or chicken that is ground finely and mixed with herbs and spices are especially delicious and traditional served in soup.

9Text from Gloria Kaufer Greene, The Jewish Holiday Cookbook: An International Collection of Recipes and Customs (Published in the United States by Times Books, a division of Random House, Inc., New York, and simultaneously in Canada by Random House of Canada Limited, Toronto, 1985), p. 354. 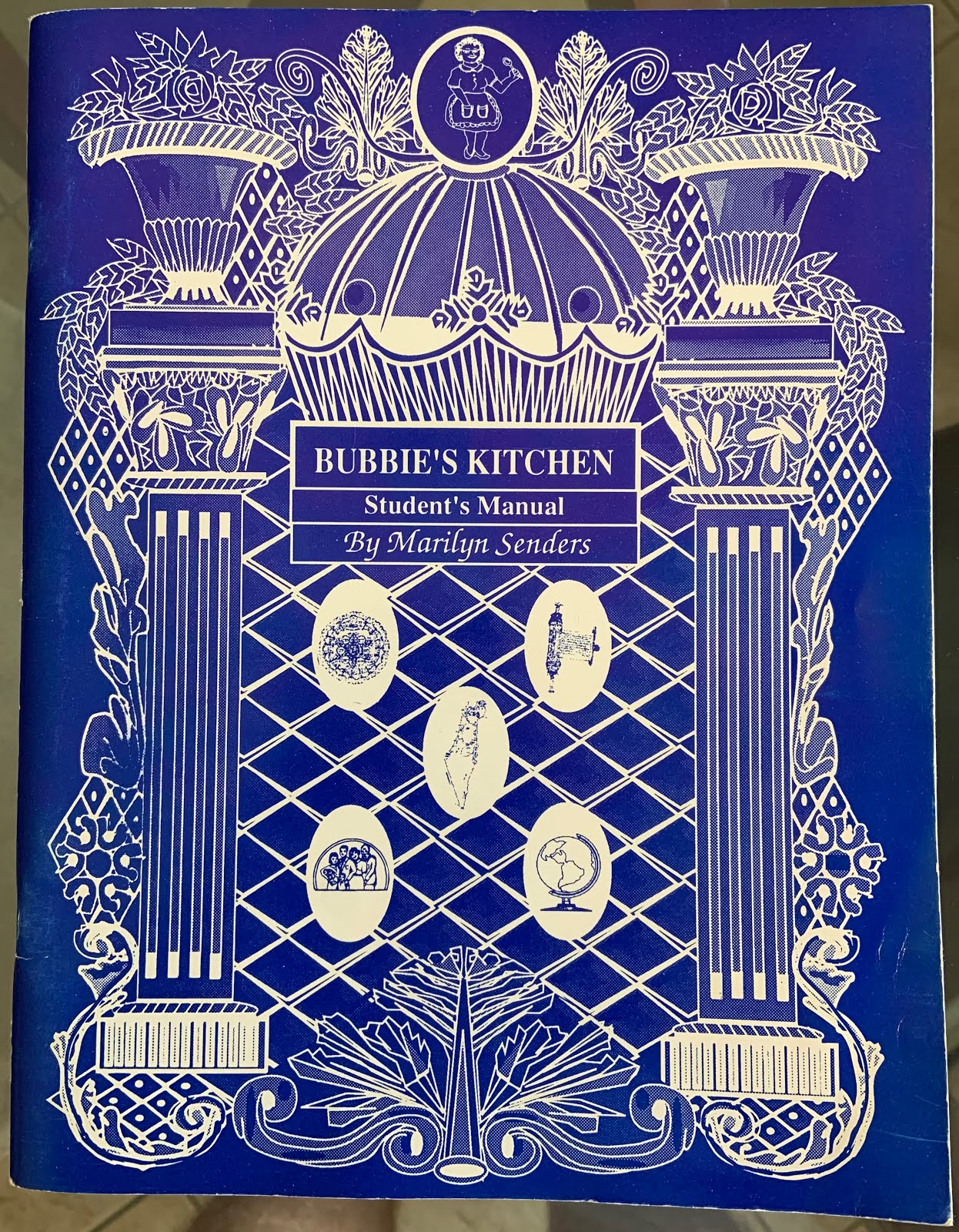 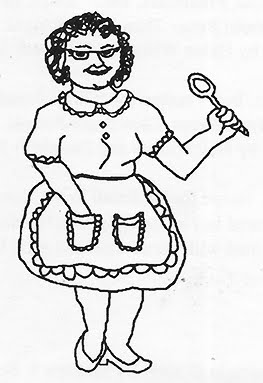